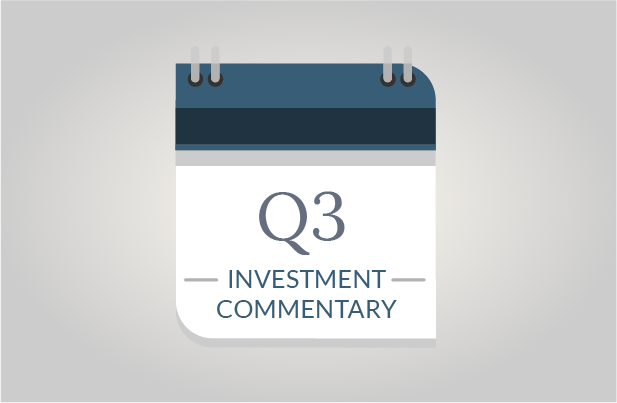 The Third Quarter In Brief

As stated above, economic data was lackluster throughout the quarter, both here and overseas. Our global economy pulled back to a snail’s pace with GDP growing at an annual rate of 1.3% while Europe contracted. China’s growth forecasts were again revised downward, largely because of weakness in Europe. Domestically, the unemployment picture improved, but only by modest increments. European unemployment reached new record highs. Global manufacturing weakened during the 3rd quarter and inflation ticked up. Economic signs of improvement were generally limited to consumer spending and minor advancements in the housing market. With all of this, one might ask, how did the investment markets do so well? The primary answer is government actions.

A shot of adrenaline hit the markets on July 26th when Mario Draghi, President of the European Central Bank, pledged that the ECB would do “whatever it takes” to save the euro. Subsequent details outlined an unlimited bond buying program under which the ECB can buy government bonds in an effort to reduce debt borrowing costs of member countries. Other countries, including Japan and the United States followed suit with stimulus actions. Ironically, poor economic data is what fueled the market rally as it raised expectations of additional Fed actions and a 3rd round of quantitative easing (printing money). Sure enough, the Fed met expectations by extending Operation Twist, launching QE3 which is focused on driving down mortgage borrowing costs, and by pledging to keep rates low through 2015.

Global stimulus by governments and central banks has definitively fueled the stock markets. Now, we wait to see if it will provide a much needed booster shot to the economy. Thus far, past actions have done little to get the economy back on track. We’ve made progress, but only modest progress.

The best analogy we can provide is these actions have extended the runway for a massive jetliner (the economy). The longer runway gives extra breathing room to achieve takeoff. However, the jetliner has also taken on a heavier weight load (heavier government burdens). As you might know, heavier planes require longer runways to takeoff, more fuel to sustain flight and a longer runway again upon landing.

For now, the longer runway helps to reduce short-term risks. This has elated investors and could easily allow greater upside market potential. Longer-term, the risks might be greater in trying to sustain and build upon growth momentum and later making a safe economic landing. A successful flight completion is possible, but challenges might surface later in the flight plan.

One region that is a little ‘late to the gate’ with fiscal stimulus is Europe. Perhaps one could attribute their continued and worsening economic condition to a lack of aggressive government intervention. Worries about Europe’s future outlook remain high, particularly as it becomes more apparent how difficult it is to achieve recovery when austerity measures have tightened financial belts to uncomfortable levels. Greece’s depression continues to deepen and many fear that Spain is moving in a similar direction. The extensive economic pain now prevalent throughout Southern Europe has been forcing government and economic officials to explore new substantive plans – plans that could offer strong building blocks for Europe’s future.

We’ve seen a series of crises erupt in Europe over the past several years. Almost each time, policy reactions emerged, but most were modest with no lasting impact. This changed in June when leaders announced steps to create a centralized European banking system, marking the first sign of real financial unification. The ECB’s July announcement and later initiatives chartered another new path to greater European unification through direct monetary action. And more recently, discussion emerged regarding the establishment of a centralized budget system, which could help to soften future austerity blows to individual countries. These initiatives are in their infancy, with many still in drafting stages. Still, they are significant efforts and show an emergence of unified actions from multiple fronts.

There are no guarantees that these new actions will work, but they are the most encouraging signs that we have seen since the European debt crisis began. While we are more encouraged about the future of Europe than we have been in years, we caution investors that we do expect volatility to persist. This is in recognition of a) divergences among countries that need to be resolved, b) dire conditions in Greece and Spain where riots are becoming common day events, and c) broader global economic conditions that could impact recovery potential. Hence, we are optimistic about Europe, but with a dose of reality.

The US Fiscal Cliff

While we might be gaining policy clarification in Europe, we are approaching significant uncertainty with the upcoming Fiscal Cliff on this side of the pond. The cliff evolved from last year’s debt-ceiling agreement. Congress was unable to reach accord and opted for a temporary agreement with hopes of pressing long-term decisions through the imposition of harsh measures that will otherwise go into effect as of January 1, 2013. These measures, dubbed the “Fiscal Cliff”, entail across-the-board tax increases and significant reductions in government spending.

There is almost universal agreement that the effects of the Fiscal Cliff would be extremely harmful to the economy. In fact, estimated impacts range from 2% to 4% reductions in GDP, easily enough to trigger a recession. Even Federal Reserve Chairman, Ben Bernanke, has warned that the Fed does not possess tools strong enough to offset the effects of a major Fiscal Cliff shock.

We hope that the magnitude of these risks will pressure Congress to take action before we ‘go over the cliff’. However, time is running out with little to no progress made toward a resolution. Although we acknowledge the excess risk of achieving no agreement before January 1st, we believe that such risk would likely be temporary, with some level of compromise achieved soon thereafter. Our greater longterm concern is that a compromise might fail to be anything more than another stop-gap measure, leaving the United States in a state of ‘planning limbo’.

Our income tax system has been treading water on temporary extensions since the end of 2010. What’s worse is that the layers of uncertainty have only grown (exponentially). The list now includes temporary adjustments to employment taxes, estate taxes, Medicare payment rates, business investment expense allowances, emergency unemployment benefits and billions of dollars of potential government spending cuts. This is not the fault of any one party, but both parties for allowing such persistent bi-partisan divide.

Suffice it to say, the current list of ‘what-ifs’ makes it difficult to plan for the future. In our eyes, this is one of the greatest impediments to our economy. If we want consumers to spend and businesses to hire, we need to provide some semblance of what the future holds. Without direction, consumers and particularly businesses remain in state of inertia and timid to make any large commitments. A little leadership from Congress could go a long way to paving a path to future prosperity.

Investing In The Midst Of Uncertainty

Realistically, uncertainty is always prevalent. That said, the current level of uncertainty is reaching potentially detrimental levels. This leaves investors questioning how to invest in the current environment. Some investors might elect to move to the sidelines. To this response, we remind individuals that uncertainty has the potential of generating significant downside or upside returns. If Europe continues to forge toward greater unification and/or if the US establishes a foundation for future decision making, the markets could move substantially higher. Conversely, if these efforts fail to produce meaningful results, or if other challenges enter the investment climate, we could experience market pull-backs.

Our sentiment is that this is a time to maintain investment exposure, but with risk reduction measures and with a strong composition of diversification. Proper structuring allows investors to retain peace of mind through varying market conditions without sitting on the sidelines. We are maintaining meaningful, although slightly more modest, equity exposure. Additionally, we continue to focus on elements of portfolios that are designed to reduce overall risk without being linked to the low interest rate environment.

As always, we encourage you to contact us with any questions about your portfolio and how positioning considerations might impact your personal life pursuits. 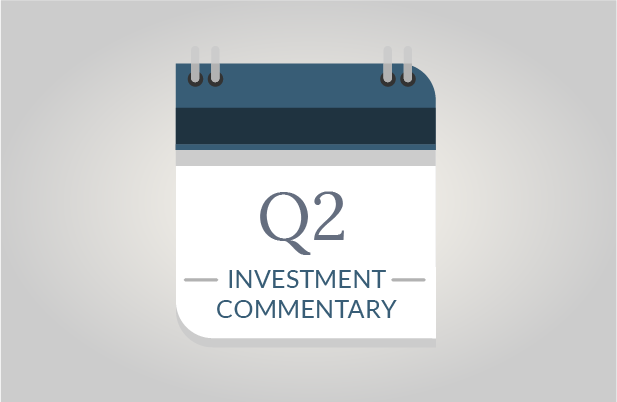 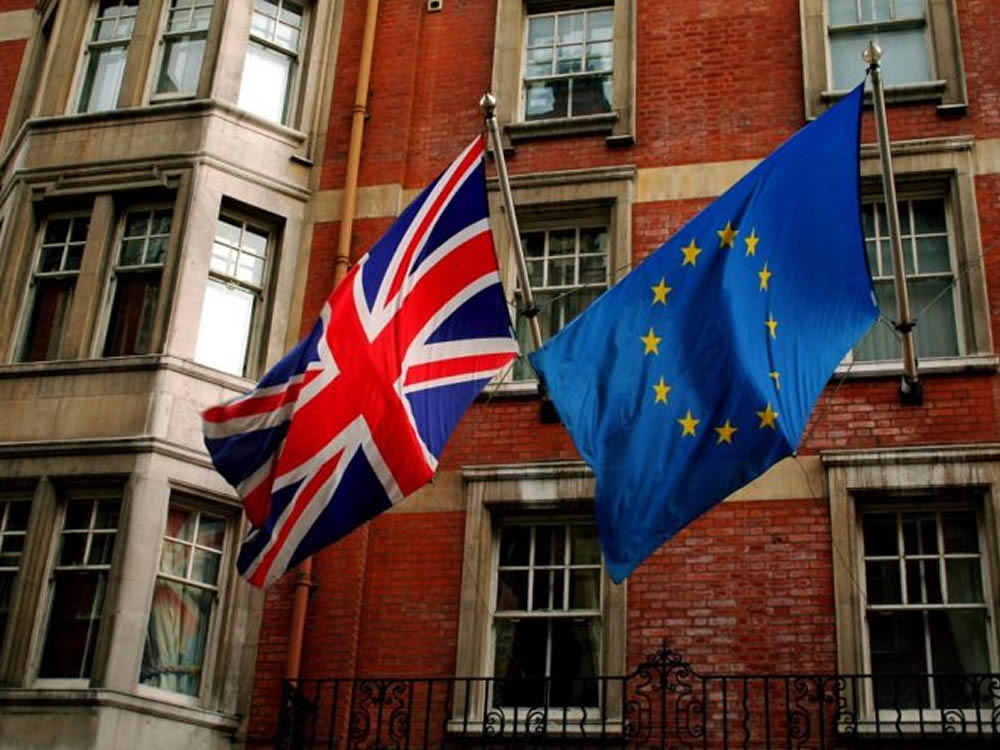 Keep Calm And Carry On: Brexit

A Potentially Inflationary Era Ahead