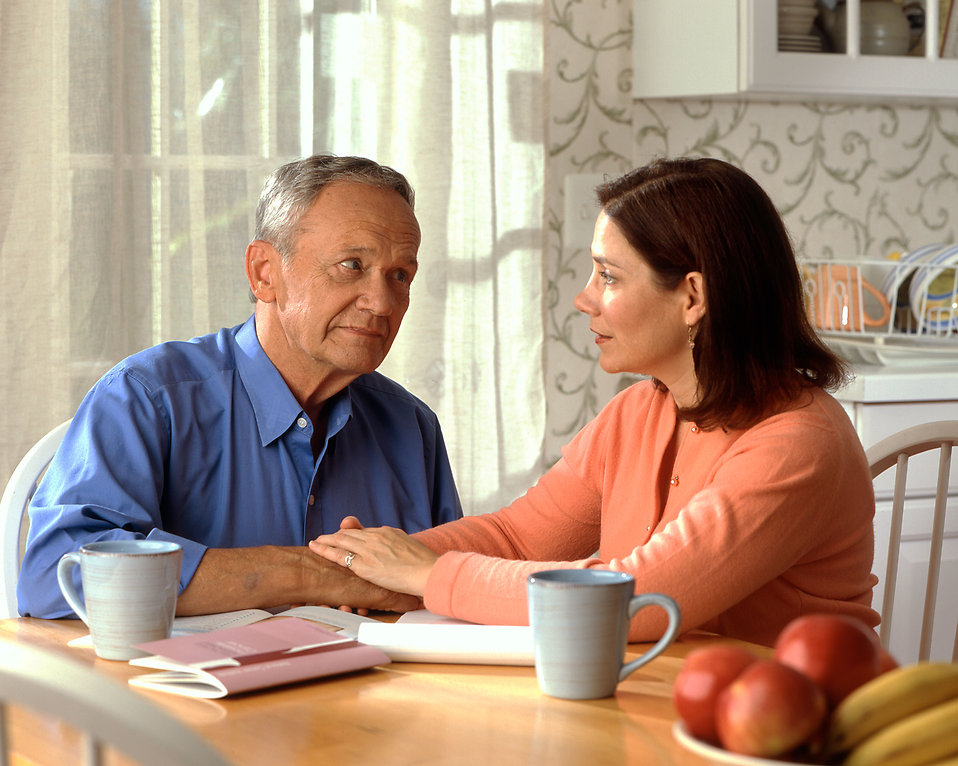 SageVest Wealth Management proudly serves as your fiduciary financial advisor, always placing your best interests first. Your wealth wellbeing is paramount to what we do, at all times and at every life stage.

What Is Elder Financial Exploitation (EFE)?

The Federal Elder Justice Act of 2010 defines elder financial exploitation (or EFE) as ‘the fraudulent or otherwise illegal, unauthorized, or improper’ use of ‘the resources of an elder for monetary or personal benefit, profit, or gain’, thus ‘depriving the elder … rightful access to, or use of, their benefits, resources, belongings, or assets’.

The Impact Of Elder Financial Exploitation

Most people accrue assets throughout their lifetime, making elder financial exploitation more costly in dollar terms. Losses can be far more financially damaging, as there’s less time to make up any deficit.

80% of SARs involve monetary loss. During 2013-2017, elder financial exploitation totaled more than $6 billion dollars in losses, with individuals losing on average $34,200 each.

The data revealed that the older you get, the more likely you are to experience financial exploitation. The risk increases further with diminished capacity. 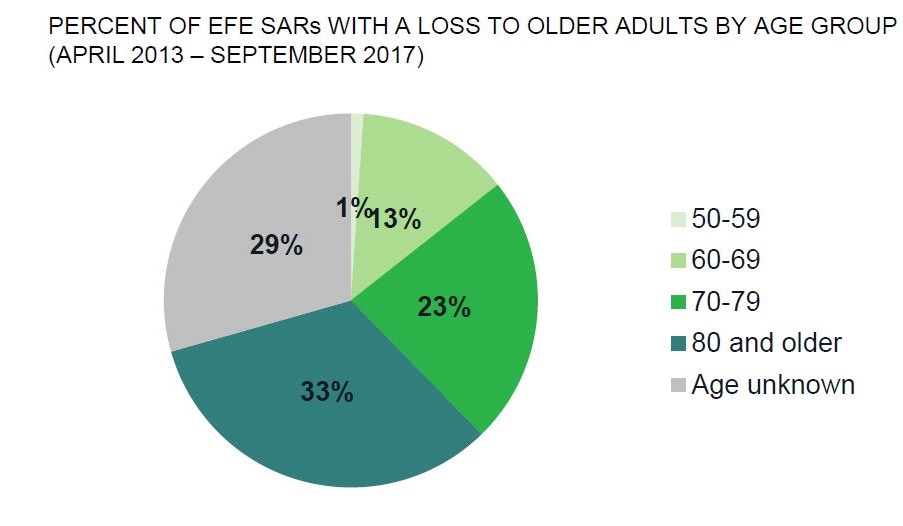 Those aged 70-79 suffered the highest monetary losses per incident. 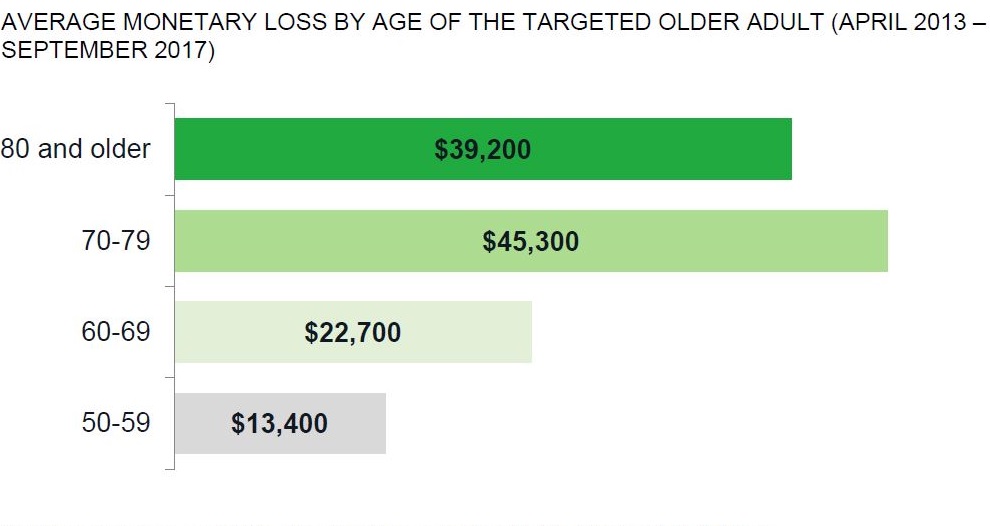 How Widespread Is The Issue?

From 2013 to 2017, SARs relating to elder financial exploitation quadrupled. In 2017, more than 63,000 SARs were filed. Unfortunately, it’s estimated that only one in every 44 cases is reported, meaning the problem is far more prevalent than the figures suggest.

Theft By A Non-family Caregiver

36% of elder financial exploitation was by someone known to the victim, either a non-family caregiver or family member. Where the perpetrator was known to the individual, losses averaged $50,000 (versus $17,000 to strangers).

Exploitation By A Family Member

62% of cases involving family members were perpetrated by an adult child by:

In these cases, the older adult either knowingly or unknowingly laundered money for others through the transfer and receipt of money.

According to the CFPB analysis, wire transfers, bank accounts, and credit cards were the most common methods used. Checking and savings accounts sustained the highest monetary losses, an average of $48,300.

The CFPB determined that cases of elder financial exploitation typically last for around four months before a SAR is filed and authorities step in to help the individual at risk.

Learn to recognize the red flags, for your own benefit and for loved ones:

Less than one third of all elder financial exploitation SARs in the study were reported to the authorities. While you can’t file a SAR, it’s essential to report your suspicions, to help limit distress and reduce monetary losses. If you suspect an older adult is being financially exploited, contact your local Adult Protective Services, law enforcement, and/or the US Justice Department.

As the report indicates, elder financial exploitation is damaging and widespread. In fact, it’s one of the most common forms of elder abuse, both nationally and worldwide. June is Elder Abuse Awareness Month. Take the time now to consider how to protect your own finances and those of loved ones. To learn more about SageVest’s fiduciary financial services, please contact us. 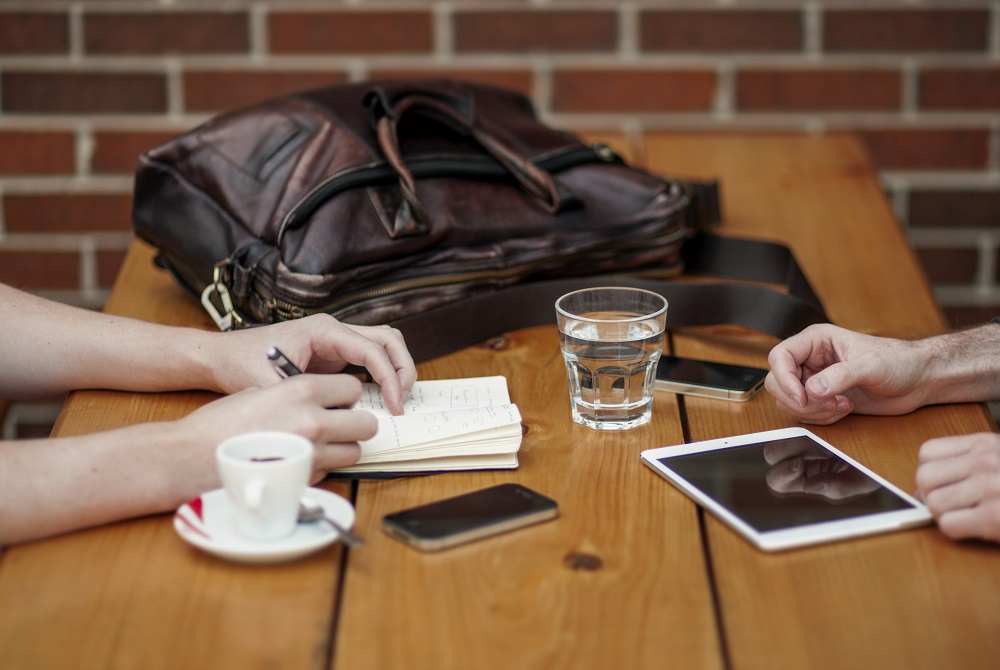 The Most Common Financial Scams And How To Avoid Them 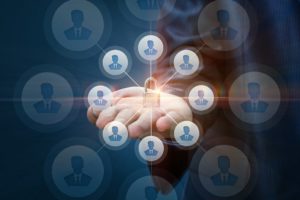